Let us help you get verified

Understanding B-BBEE and the verification process 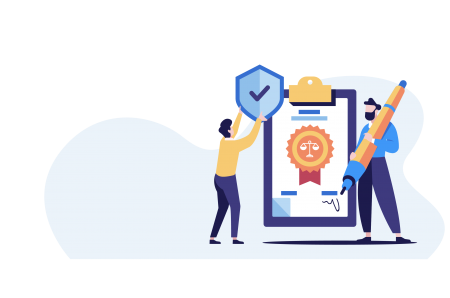 Benefits of being Verified?
A B-BBEE certificate is a recognizable and verifiable overview of the human components of your enterprise. It demonstrates your alignment with South Africa’s objectives. It can improve goodwill and public relations with your brand, thereby increasing your social capital. This enhances your competitiveness to secure both private and public sector contracts.
A B-BBEE certificate can only be obtained through a SANAS accredited B-BBEE rating verification agency.
I am a black-owned business, why do I need to be rated?
A SANAS accredited B-BBEE Certificate provides accurate, verifiable and recognisable proof that your business is fully black-owned and is actively transforming the economy through its empowerment efforts.
Fantastic opportunities exist for those organisations that support transformation. A B-BEE certificate demonstrates that your business is carrying out other initiatives that have a direct result on your enterprise, such as:

Have you come across a company making use of misleadings brand names to secure business in the marketplace? This practice is one of the reasons that all companies should verify their black ownership through a B-BBEE certificate.

Do Exempted Micro Enterprises need to be rated?

Exempted Micro Enterprises (EME) receive an automatic B-BBEE level without the need for a verification agency by using the DTI’s EME affidavit. The B-BBEE Status received is linked to the level of black ownership in the enterprise:

An EME may improve its B-BBEE Status through a SANAS verification in terms of the relevant QSE Scorecard to prove their higher compliance. In this case, the company will then receive a B-BBEE Certificate to use instead.

What does it cost to get rated?

Our experience has shown that high costs of proving compliance make it harder for customers to maintain their compliance status. We, therefore, use our pricing to empower you by ensuring that you receive high value and high-quality services, no matter your turnover.

Our verification quotation is based on the following variables:

Please use our Quotation Calculator in order to get a rough estimate of the costs involved.

How long does the verification process take?

We complete 95% of our verifications within 4 weeks – depending on the completeness of the verification file submitted.

We also offer urgent verifications, completed in just 1-2 weeks, for enterprises whose certificates are near expiry.

How often does my business need to be rated?

The B-BBEE certificate is valid for one year only.

Why use an agency that is SANAS accredited?

The South African National Accreditation System (SANAS) is the institution responsible for the development and maintenance of the rating standards in terms of the B-BBEE legislative framework.

SANAS is responsible for assessing and accrediting B-BBEE verification service providers on behalf of the Department of Trade, Industry and Competition. Vision Verification is a B-BBEE Verification Agency accredited by SANAS to issue your B-BBEE Certificate.

See our SANAS Certificate of Accreditation.

Why does my business need to go through the verification process?
What is the difference between B-BBEE verification and B-BBEE consultation?

B-BBEE Verification looks at what has happened and determines your B-BBEE Status. B-BBEE consulting looks at what should happen next.

B-BBEE verification is an assessment of the B-BBEE compliance made following your B-BBEE Scorecard. During the verification process, we review your submissions and determine the points awarded to the efforts performed during the measurement period.

Fronting refers to any act that undermines or frustrates the objectives of the Act or its implementation.

Just like with bribery and corruption, fronting practices always involve two or more parties. A common fronting practice includes instances where a Black Person is given a title (such as director or shareholder) but does not get the powers associated with it such as voting rights or dividends;

All verification agents, officers and state officials must understand that if they become aware of any fronting or attempted fronting, they are obligated to report it.

How does someone get convicted of fronting?

Anyone found guilty of fronting can be sent to prison and be fined.

Feel free to submit a question